Publication of Ice Mountain is less than two months away! It now has a page on the publisher’s website, where you can admire Beth Adams’ beautiful cover illustration, read the book description and the blurbs kindly provided by two good friends, poet Todd Davis and environmental activist extraordinaire Laura Jackson, and even go crazy and order the book at the lower pre-publication price. But if, like me, you’re the discriminating sort of buyer who likes to sample first, here’s an excerpt from the book.

the small animal
beating against its cage
like a panicked heart

(UPDATE) Here’s the video trailer by Marc Neys AKA Swoon:

Beth’s print for the cover is titled Porcupine Tree, and it’s based on an actual tree up on the ridge that’s long been home — and food — for a series of porcupines, an animal with which I feel a certain affinity. Here’s how it looked ten years ago: 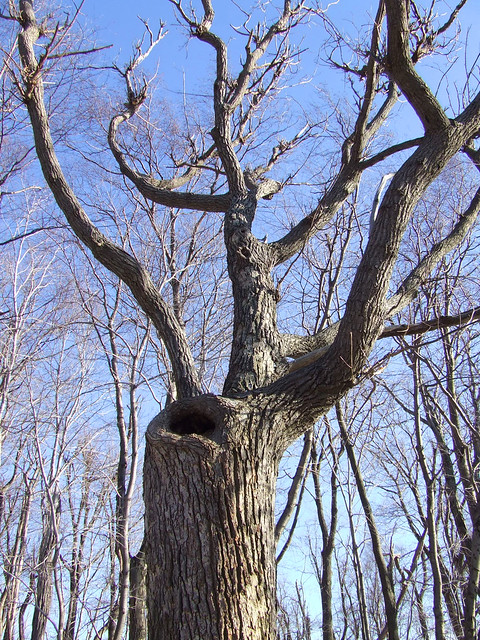 I'm the author of several books, including Ice Mountain: An Elegy, Breakdown: Banjo Poems, Words on the Street: An Inaction Comic, and Odes to Tools, but my real work is at my literary blog Via Negativa. I'm the editor and publisher of Moving Poems, a webzine showcasing the best poetry videos on the web. More...

Find me on social media

Latest posts at Via Negativa

All writings by Dave Bonta are licensed under a Creative Commons Attribution-ShareAlike 4.0 International License. For attribution, my name will suffice. Contact me for permission to waive the "share alike" provision (e.g. for use in a conventionally copyrighted work).